Digital Essence’s goal is to enrich visual animation for events and shows, thanks to the development of innovating software tools. More specifically, it looks to make the technique of video-mapping more accessible, namely to fields that have been neglected because of its cost and difficulty. In parallel to the development of HeavyM, the company offers services to professionals who wish to integrate video-mapping in their events, installations and live performances.

Digital Essence was able to benefit from the support of 104factory, the Centquatre-Paris’ business accelerator. This cultural centre is a space for residencies and production for artists from all over the world, but also an important venue in the field of innovation in art.

In June 2015, the HeavyM project received the support of 1176 contributors on Kickstarter.

My name is Etienne Mathé, I am 29 years old and I am passionate about street art, skateboarding and urban culture, but also architecture and computer science. What came out of our experience at 104factory is the idea of HeavyM, a software that will simplify the creation process of video-mapping to animate events and concerts.

104factory? I would say that it is the new name of the CENTQUATRE-PARIS’ business accelerator! It’s a name that was chosen in a collaborative way. The incubated projects were asked to participate, and the name was chosen after a collective brainstorming. I really liked this moment and I think that it is a good reflection of the collaboration logic that prevails in the business accelerator.

Joining 104factory gave us the physical and human means to develop our project, while also enabling us to meet other creators, setting a sort of positive competition, almost emulation. At the business accelerator, we can share our successes and our failures. It enables us to be morally supported by the whole eco-system and its teams in difficult times.

“At the business accelerator, we can share our successes and our failures. It enables us to be morally supported by the whole eco-system and its teams in difficult times.”

Access to the Agoranov business acceleration cycle is very important, as it allows us to have two aspects: the creative side, brought by 104factory and the CENTQUATRE-PARIS, and the coaching on the economic and business development aspects. It helped us structure our strategy and create a solid action plan!

The most important memory of our business acceleration was when we shot the video for our crowdfunding campaign on Kickstarter. In order to get the images, we were able to organise an event at the CENTQUATRE-PARIS in which more than fifty people took part! It was really motivating to see everyone turn up and have a good time. It has remained a fond memory! 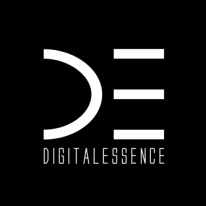